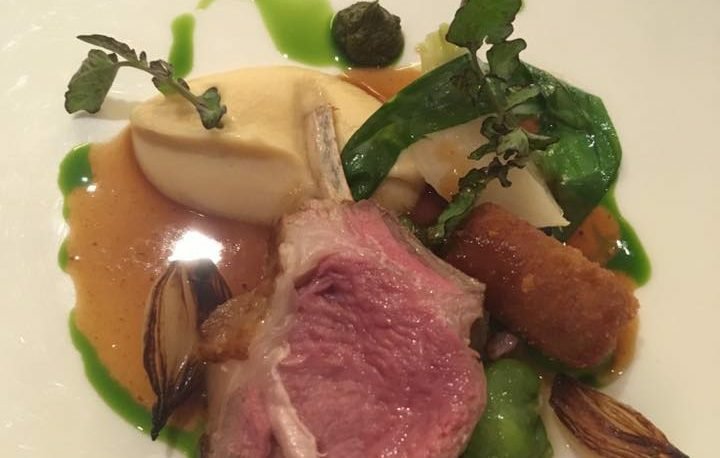 Tourtiere, charcuterie and a cream puff

The land of Poutine o’ plenty is calling your name! You can find the best in the country up here, but let’s go beyond fresh squeaky curds, hand-cut fries, and rich gravy to discover the distinctively delicious French feasts and culinary history in Northeast Ontario.

In this close-to-my-heart culinary expedition, we discover the traditions of Franco-Ontarians, French Canadians (who, in the early ‘20’s, traveled to the far region with their language), beloved old school cooking, and joie de vivre — best celebrating the Contemporary Canadian cuisine at Cedar Meadows’ Voyageur Dining.

The late Anthony Bourdain adored French food, and he best describes the origins of food in France to be born of necessity.  Similar to French cooks in the Northeast, they’re highly respected for countryside fare using the least desired cuts of meat, preserving crops from short growing seasons, and enjoying fare over lingering meals and bubbling conversation – it is a special event every day.

We’re tempted to start a “Tourtiere Trail” as this iconic meat pie is the epitome of French Canadian food in the region.  Usually a blend of 2 types of meat prepared in a pie pastry,  Tourtiere is referred to as an early form of a savoury and hearty sandwich as it packed well for men in the lumber camps, in the cold weather, pastry with lard and flour was more popular than rising bread. 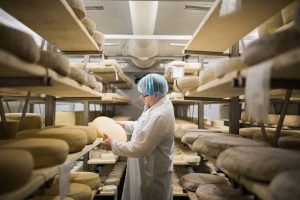 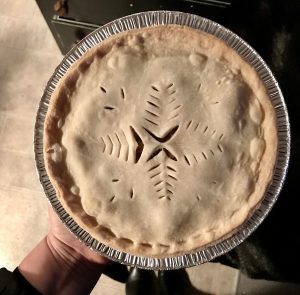 Most of the french classics found in the region were created for sustenance.  Think of legendary LumberJack breakfast for example – stacks of french toast, several eggs, slabs of bacon, baked beans, and thick toast and maple syrup!  This traditional breakfast is a popular item in many of the independent restaurants and in many communities as part of festivals and charity events.

A dish similar to Tourtiere, is a favourite at the annual Winter Carnival in East Ferris, within the Taste North Bay trail. The Cipâte (ou cipaille) et sa pâte dinner has three types of meat soaked in wine, seasoned with sage, savoury, cinnamon and clove, prepared in four layers of pastry and baked until all those flavours fuse together.  WOW!

If you are up for a trek along the TransCanada corridor, your inner Gourmande will be rewarded by what the Kapuskasing region can offer. 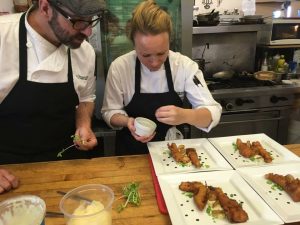 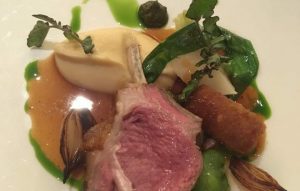 The French food trail reaches new heights in ‘Kap’.  Award-winning cheese is produced locally at Fromagerie Kapuskoise.  It’s a fairytale type story of a young French man named Francois Nadeau, who just a decade ago, became a distinguished master cheesemaker schooled in France!  He returned home to Kapuskasing to fulfill his love of making artisan cheese and add to an already rich local culture.  His passionate pursuits have turned local cow, goat, and sheep milk into terroir themed cheeses like the Mattagami, the Kapuskoise, the Opasatica, and the Saganash. The Kapuskasing cheese is inspired by the Morbier: a cheese originating from the Jura mountains in France. Known to have a creamy and buttery flavour, it distinguishes itself from the other cheeses because its center is lined with vegetable ashes. Travelers familiar with the geography will recognize that each is named after a river or lake in the region.  It’s really astonishing to see the variety of cheeses made in the Northeast, each with passion and French heritage.

Then on to see cream in another French Canadian classic. La Boulangerie has been making their trademark Cream Puff for longer than any of us would know. I’m told that it’s not an eclair nor a choux a pouf, but pillowy fried pastry filled with whipped cream and has become a pride of the place for nearly 75 years.  University-bound kids are known to pack boxes destined to share with their city friends and upon returning home, they head straight to the bakery for their fix.  Pete de Soeur is a classic pinwheel cookie made with bits of pie dough, rolled out, spread with butter & maple sugar or brown sugar, cinnamon, then rolled, sliced, and baked until golden brown.  It’s the classic French waste nothing creation. 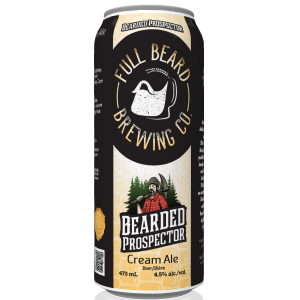 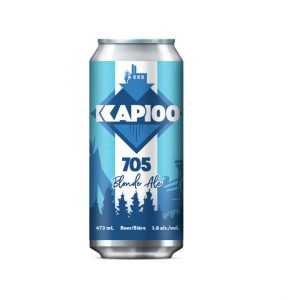 What to drink you ask?  Beer – period.  Let’s raise a glass to Kapuskasing, as they celebrate their centennial year. Full Beard Brewing in Timmins helped them bring their joie du vie & jig dance alive with the KAP100. This crisp blond ale,   the Five O’Clock Shadow, and the Bearded Prospector are popular among locals.  Looking for a close cousin to France’s Kronenburg 1886, the 2020 gold award winner Ta-BEER-Wit from Whiskey Jack brewery is just for you.  Named after a regional slang… we’ll leave that up to you to uncover.

Since a truly French Charcuterie board includes a tartine made of a variety of ground meats, pates, and crotons, be sure to shop at the farmer’s markets and butcher shops like Bussissiers in Cochrane. Épicerie Co-Op in The Township of Moonbeam for crouton, pâté or cured meats.

Take a turn to Timmins to find a real hidden gem, the Radical Gardens.  They really are radically great!  Where modern culture meets local, they proudly own the title of the prestigious Ontario Culinary Tourism Award in Leadership. The bakery and menu are epicurean creations one and all.   You’ll want to grab their house-made crackers to go with the French charcuterie board but their classic French macarons in creative flavours like beer float or classic vanilla are what really “take the cake” on this mission! 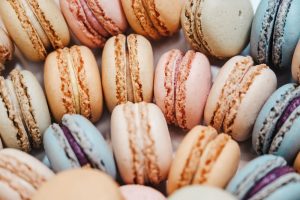 In every community across the region you’ll find savoury bites and refreshing sips, so what are you waiting for? We guarantee this road trip will receive a friendly welcome by the spirit of the French Canadian.