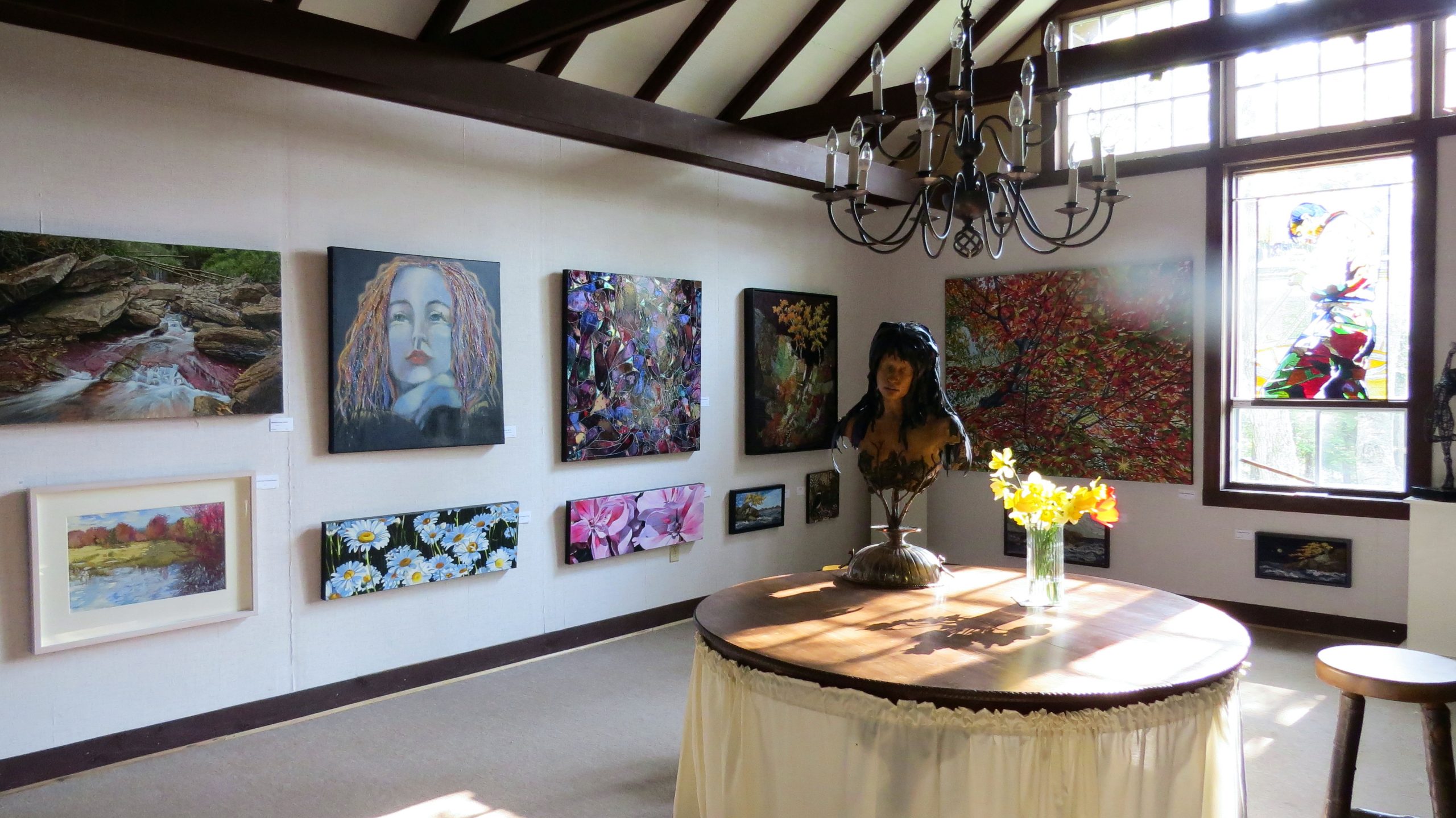 When she was an elementary school teacher in Ottawa, Shannon McMullan’s students included a young Justin Trudeau, the children of numerous ambassadors and diplomats, as well as Matthew Perry, the actor who grew up to play Chandler Bing on the long-running TV series, Friends. These days, McMullan makes friends on Manitoulin Island as the owner and curator of the Perivale Gallery, the Spring Bay art gallery that her parents opened more than 35 years ago. 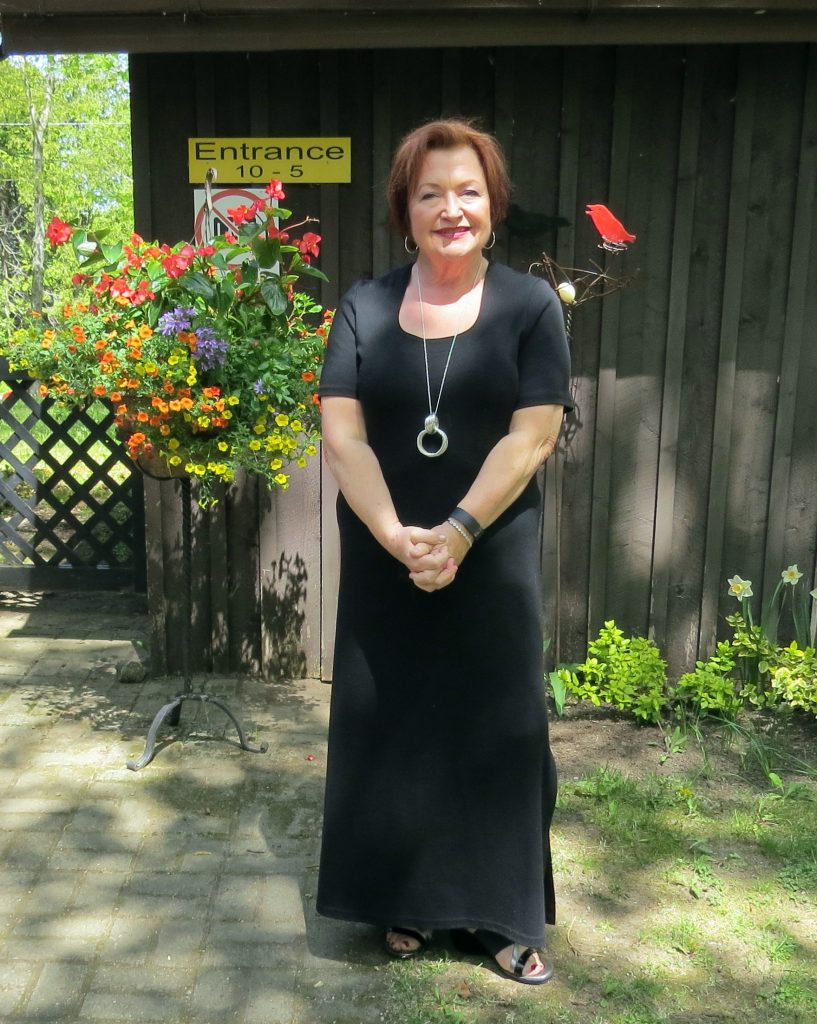 Sheila and Bob McMullan started their business as the Perivale Country Store, selling antiques and crafts on the property that housed the family’s 1920s-era stone and cedar summer cottage.

As Shannon McMullan recounts, her parents’ friend, artist Ivan Wheale, asked if he could hang some paintings in the store. Gradually, the country store began morphing into an art gallery and Wheale, who settled on Manitoulin in 1975, became one of the gallery’s most eminent artists. Now 82 years old, Wheale is still painting and teaching, and McMullan calls his collection “the backbone of Perivale Gallery.” 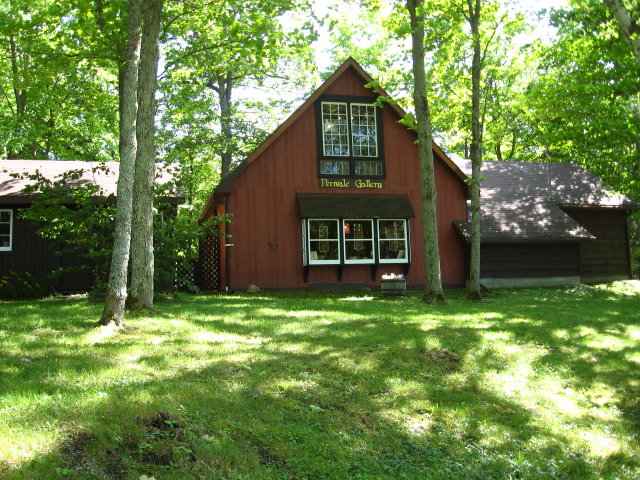 Nearly all Perivale Gallery’s artists are from Ontario, and several are based on Manitoulin – the world’s largest freshwater island.

“We are known as one of the finest contemporary art galleries in Ontario,” McMullan notes, representing more than 60 artists and artisans, including potters, sculptors, jewelry makers and painters.

McMullan compares Manitoulin’s growing arts community to another Canadian island with an active arts scene. “I call it ‘Salt Spring East,’” she says, after the arts-centred British Columbia island.

Once primarily a farming region, Manitoulin has roughly 100 interior lakes, which means lots of waterfront property. It’s less expensive than the Muskokas and other recreational areas closer to Toronto, McMullan explains, which makes it increasingly attractive to younger people, particularly artists and other creative types.

“I keep meeting people who have moved here, who have wonderful creative energy, expressing it theatrically, artistically, or musically.” 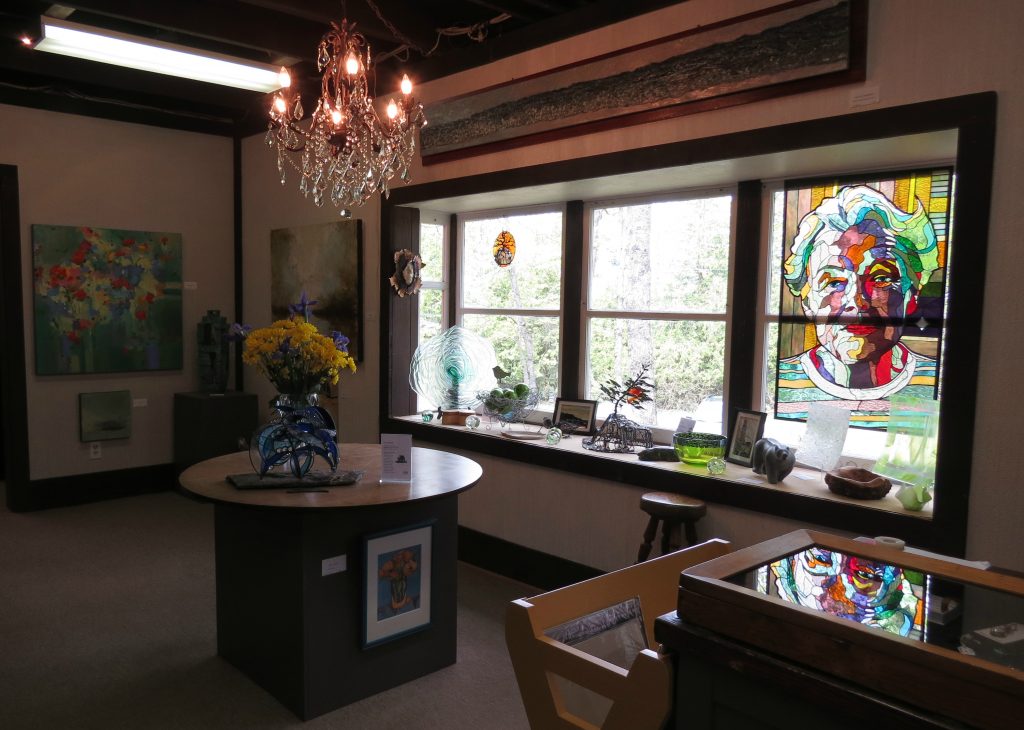 McMullan herself is one of those arts-focused Manitoulin transplants. She made her first career off the island, teaching drama, music, and French in Ottawa for 35 years.

After her father passed away and her mother aged, McMullan came to Manitoulin to help out in Perivale Gallery. “I had a very strict internship program,” she quips, learning from her mother both about the gallery’s operations and about the local art scene. Following her mother’s death in 2012, McMullan has managed the gallery on her own.

“It’s been a creative journey for me, too,” she says. “I have to look at the gallery each day as a canvas,” figuring out how best to promote her artists and draw in potential customers.

From Education to Art and Back

Recently, McMullan has found new ways to combine her background in education with her gallery work. She’s launched a series of three-day art workshops, led by gallery artists or guest instructors. With topics ranging from outdoor painting to photography to Canadian art, these workshops are open to participants of different levels, from beginners to working artists.

“We want people to be secure in the class and not worry about keeping up with a standard,” she explains. She added, “I used the same approach when I was teaching music,” having beginners partner with more experienced students and benefit from their mentorship.

McMullan is doing what she can to contribute to the island’s art scene, too. As an actress, she performs during the summer season with Gore Bay Theatre. She’s hosted a lecture and a concert on the gallery’s wooded grounds, and she’s considering organizing an art event for island singles. “I have lots of single friends, and I’m a very good yenta,” she laughs.

“We have a special pace of life here”, Shannon McMullan concludes, whether for art, for nature, or simply for making friends. 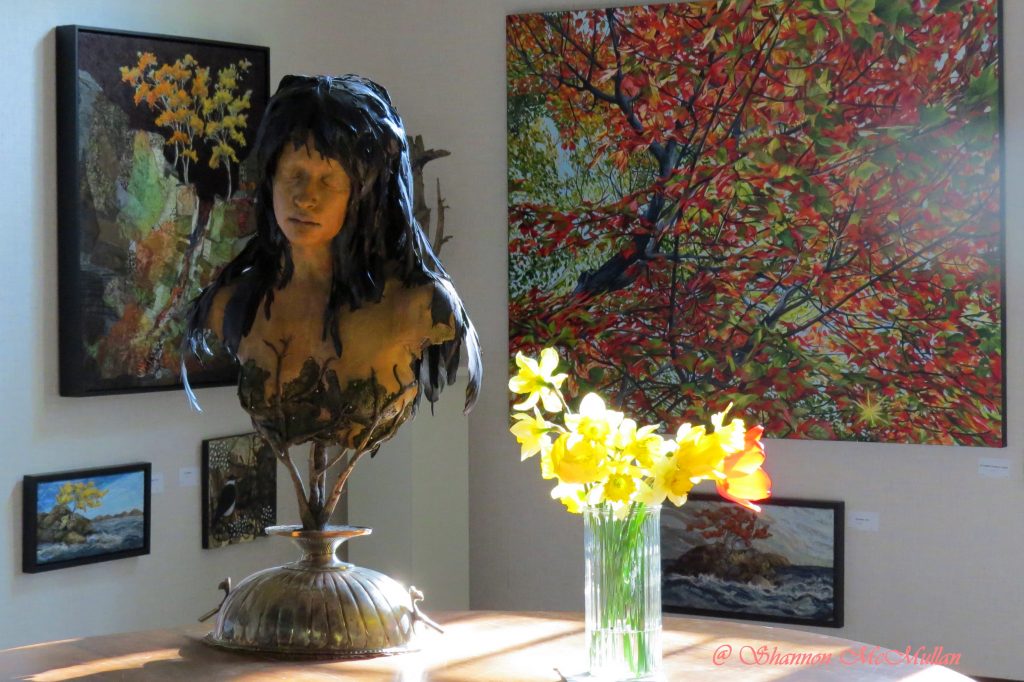 Perivale Gallery is open 10am to 5pm on weekends only from mid-May to mid-June and daily from mid-June through mid-September. Keep up the gallery on Facebook, Twitter, and Instagram. To subscribe to news about workshops, shows, and other events, contact [email protected].

Travel writer Carolyn B. Heller is the author of Moon Handbooks: Ontario, a 480-page guide to the best activities and experiences, lodgings, food, and fun across the province. 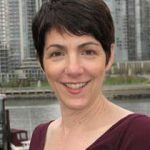 A travel writer, Carolyn is the author of Moon Handbooks: Ontario, a 480-page guide to the best activities and experiences, lodgings, food, and fun across the province.
Subscribe