“It is to be hoped that it shows the firm reality of something unusual which grew where one would not expect it, something useful, something honest, something that might refresh one’s mind, something to which, once they have found it, people continue to return again and again, during all the years of its existence.” –Lois Pollard on the Highway Book Shop

The Highway Book Shop is probably one of Canada’s most important cultural icons you’ve never heard of. The Northern Ontario bookstore and publishing house, founded in 1957 by Douglas Pollard, was in the business of books for more than fifty years before closing in 2011, a product of the changing economy and the owner’s passing in 2009.

In 1981 Toronto Star readers voted Highway Book Shop Canada’s best bookstore. The Globe and Mail called Highway Book Shop the “largest and arguably the best book shop in Canada.” Local news station CFCL TV produced a documentary about the store. Profiles appeared in both Quill and Quire and Publishers Weekly. CBC Radio occasionally broadcast on site. Owner Douglas Pollard—known for his neat grey suits, glasses, cane, and signature fedora—was awarded the Order of Canada for his role in promoting Canadian culture in 2008. At one time, recalls the late-owner’s wife Lois Pollard, the bookstore didn’t even need to advertise. “It could sell itself by the very strangeness of its location, and the friendly personality of its service,” she writes in her history of the business. The shop saw more than 100,000 visitors annually and had an inventory of more than a quarter million titles. At its peak, the company was the second largest employer in the area after the mining industry, with sixteen staff members—each of their schedules adjusted to the timetable of the local bus that stopped in the store parking lot.

Today, however, the building is abandoned—hundreds of thousands of books remain sealed inside. Ninety-five miles north of North Bay on Highway 11, just shy of the 49th Parallel, the remote Highway Book Shop remains much as it did on the day it closed. The windows are boarded up and the front door locked. The massive parking lot that served as a turn around for truckers and a gathering place for pigeon racers is empty. The store’s red masonite “Bookshop” sign is still bright against the building’s white paint and a ripped Canadian flag tops the flag pole. “I didn’t want things to come to an end,” says Lois, who is now 93, “but my husband had passed away and it turned out in the past year, or a year and a half, he had been a bit less of a businessman than he had been before.” Despite her best efforts to reduce stock before the inevitable sale, the building remains full of books. Many passersby still stop and hopefully rattle the doors, eager to reminisce, according to its new owner. One of Canada’s largest independent bookstores, and one of its earlier publishers, is now largely forgotten by the public. But its literary legacy remains.

Over the years Highway Book Shop published more than 460 titles from 300 authors. Specializing in local history—mining, lumbering, agriculture, as well as local cookbooks and DIY—the publisher found success with quirky titles like Backhouses of the North by nationally-renowned children’s author and illustrator Muriel Newton-White which sold more than 100,000 copies. (White grew up living in one of the 87 Toronto streetcars provided as emergency housing after the North’s Great Fire of 1922). Its catalogue also includes books like Moose Factory Cree, a Cree-language instructional used in area schools; Northern Ontario Graffiti, taken from women’s bathrooms in the North; Warpath, a history of the Algonquin Regiment; Temiskaming Treasure Trails, an eight-volume history of the region; Only God Can Own the Land, about the Attawapiskat Cree Nation; and Singing: An Anthology of Women’s Writings from Canadian Prisons. Subjects that were always in demand by tourists, according to Lois, were moose and loons. They published books about both—a novel called Loon by Bill Plumstead and a hunting manual called The Book Shop Moose Book by James MacNeil which went through eight printings. “The only really important thing that we did was preserve local history,” Lois says of its publishing legacy. Douglas encouraged locals to write their memoirs. “If he hadn’t encouraged them they wouldn’t have written it down,” she says. “When they died it would be gone.”

Douglas was an unlikely candidate to establish Canada’s largest independent bookstore. Armed with a B.A. in psychology from McGill, he’d bought a printing press from the offices of the Haileyburian newspaper (“new about 1905,” he joked). He housed the equipment in a small building on his property and called his new company Pollard Press. The press did small jobs for area businesses and reprints of historical items of interest—like an 1894 pamphlet encouraging British immigrants to settle in the north. Then, in lieu of payment for a $25 printing job, he accepted a box of old library books—and the bookstore was born.

To purchase stock for his quickly growing enterprise, he’d make the seven-hour drive into Toronto to peruse the used bookstores and library overstock, often returning late the same day, his trusty Toyota filled with books. “We used to buy books from everybody and everybody,” says Lois of the bookstore. “We were kind of a garbage can.” With grants from the Canada Council and the Ontario Arts Council, Douglas was able to purchase newer printing machines and in 1970, he began soliciting original manuscripts. Most of the authors were local and their books unlikely to be published by a larger press, according to Lois. Douglas soon faced issues familiar to many publishers however—an author who retained a lawyer over disagreement about a book cover, for example. Missteps included the press paying 10% royalties to the author at time of printing instead of after sales of the book and the company initially neglected to charge for shipping. Despite the learning curve, Douglas’s business thrived and expanded, year after year.

Soon renamed Highway Book Shop, the original building became a sprawling two-story work in progress with eighteen additions over the decades—not including the three tractor trailers full of books that were eventually parked on the property for extra storage. “We did not foresee the point where our love of books would become an addiction to books,” admits Lois. Douglas also began publishing Writers Lifeline, a bi-monthly newsletter which covered topics of interest to writers and publishers. He became a fixture in the Canadian publishing scene, known for working ten to twelve hour days, his dedication to the industry, and his passion for Northern authors. On a trip to the American Library Association conference in Los Angeles, he declined the sightseeing trips in favor of talking shop on the convention floor.

“Douglas was a rather personable late middle-age person at the time and I was a librarian,” says Lois of their first meeting at the Toronto’s Bank of Commerce business library. “I think he could have married any girl that was free to be married at that point,” she says. He asked her out for lunch. “You start out talking about books but then something strikes—Oh he saw a moose on the road getting there.” She found him charming. Douglas and Lois were soon married. “His first wife had died and I was married to him for twenty-four years—not a short period,” she notes before adding, “shorter than I would have liked.” They lived in an apartment above the bookstore. On Monday, Douglas would drive south to make deliveries and purchases, and return on Thursday or Friday, often sleeping in the Toronto warehouse where he rented space for his inventory.

Open 365 days a year from around 7 am to 10 pm, the store catered to summer tourists, university professors, local teachers and librarians, as well as trappers, loggers and miners. “Some of these men come in here and buy 50 books at a time, all kinds of books but novels mostly,” Douglas told a Toronto Star reporter. The shop had its share of bookstore cats over the years. The three-books-for-a-quarter table was a fixture from 1961 to 2008. The paperback room was packed to the rafters. “Hurt” books had their own section where visitors could browse the damaged volumes for a bargain. Local artists came by to paint or photograph the scene. Employees in distinctive red smocks roamed the labyrinthine rooms, ready to help. “The hardest part of a visit there is the leaving,” wrote a reporter for the Toronto Star.

“Bookstores grow in the hands of people who love books…and who are concerned for the people who read them,” writes Lois. The Highway Book Shop, in good hands, grew to be the largest bookstore in Canada. By 2010, however, the business like many other bookstores at the time was in financial difficulty. By 2011, two years after Douglas’s passing, the store was put up for sale. Lois says that neither her or Douglas expected the bookstore to make them wealthy—but she notes that was never his ultimate goal. “Bringing together books and the people who wanted or needed them, this was how he defined success,” she writes.

As for the future of the bookstore, current owner Aurelian Baša says the building is currently in a state of disrepair and needs significant renovations. “We hope to restore the landmark to its former glory, but it is an immense task which will take serious time and investment,” he says. Tentative future plans for the site could include a renovated bookstore, small café, local art shows, and a publishing venture, according to Baša.

For those interested in the literary legacy of one of Canada’s most unusual publishers, some of its titles are still available from White Mountain Publications based in Cobalt, which purchased inventory and secured some reprint rights before Highway Book Shop closed. 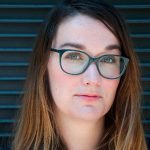