Building a Dream: Olive the Lake Lodge in Marten River

A friend of mine from Ottawa, Dave Smetana, shared this same passion for the great outdoors. Though he was the owner of a successful security business, he dreamed of one day leaving the hustle and bustle of the nation’s capital for the allure of Ontario’s Northeast. Dave finally took that leap in the spring of 2016 when he packed up his life in Ottawa and pointed his Toyota Tundra in the direction of Northeastern Ontario.

It was ‘Olive’ the Lake or nothing at all!

The Smetana family. All photos provided by Olive the Lake Lodge.

With three trailers packed and loaded to the hilt, including a 27’ enclosed utility hauler, a 12’ enclosed trailer, a 16’ open trailer as well an Argo off-road vehicle (a handy tool in this part of the world) Dave, his wife Cara, and their three children were off to Marten River.

As the proud new owner of Olive the Lake Lodge, Dave dove right into things, spending his first weeks just trying to acclimatize to his new life in the North. Dave laughs, “Our first days were spent trying to figure out where to put all that stuff in a much smaller house than we had before.”

Dave’s first year at Olive the Lake Lodge was hectic indeed, yet he savoured his lifelong dream and took every aspect as a new lodge owner to heart. His wife Cara, and even the kids, pitched-in to help. It was a family-run operation after all.

With a nearly full camp of bear hunters in the spring of 2016, Dave quickly learned the ropes on running a black bear and cottage outfitting business and pulled-off a successful hunt. A solid clientele base developed during the summer and fall months that followed. 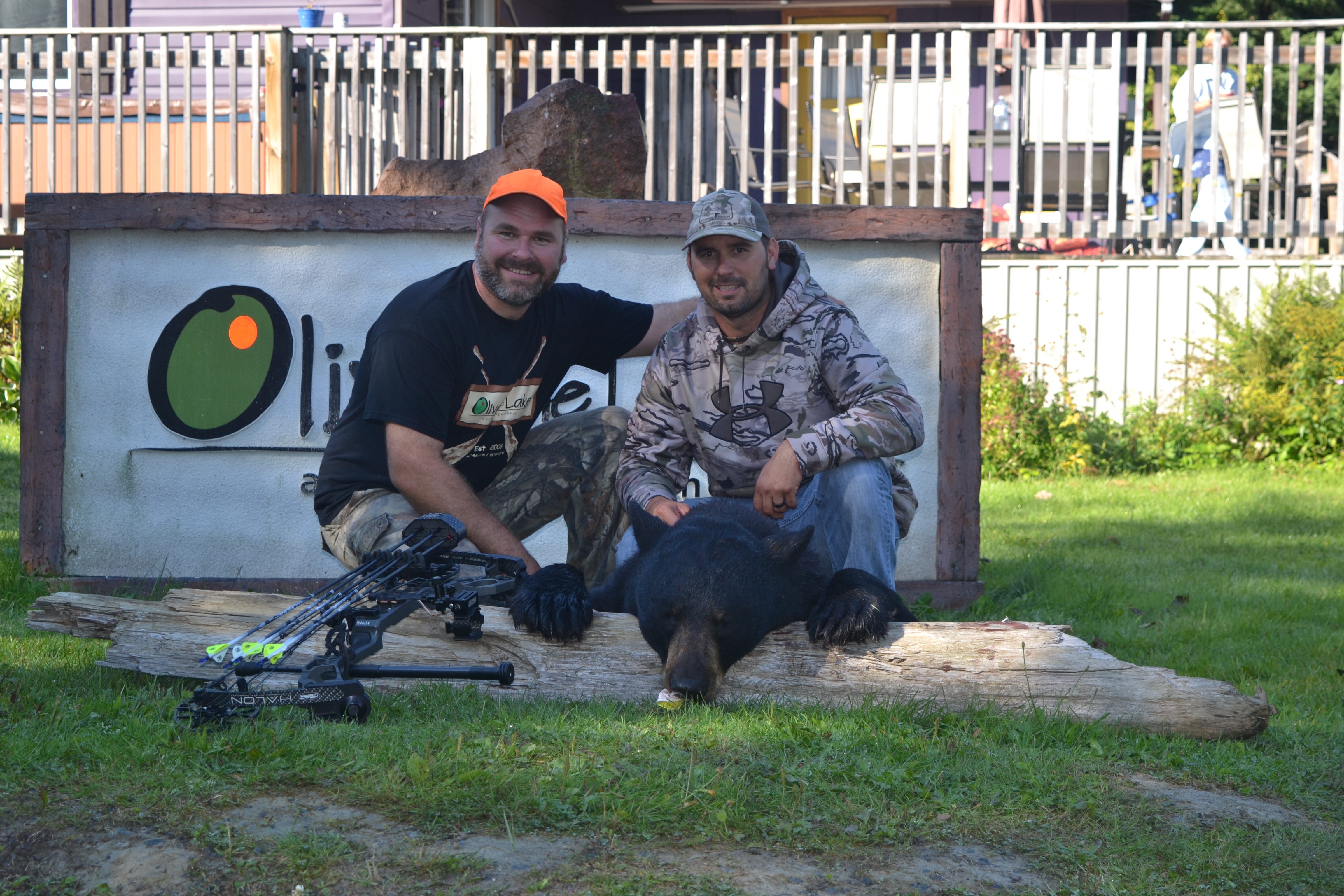 Leading up to this year’s spring bear season, Dave had his hands full laying the groundwork for his second hunt. Over 4 tonnes of bear bait have been stockpiled including raspberry pie filling with white icing, mixed oats, and old fryer grease. “We’re expecting roughly 15 bear hunters this spring,” says Dave, starting with their first group who arrived on May 13th. 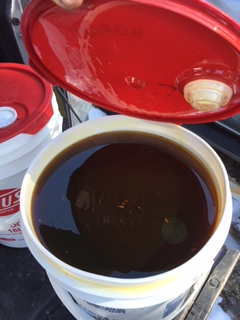 Black bears have a notorious sweet tooth and are famished when they emerge from hibernation. With another late spring expected this year and less natural forage, Dave’s baits should work like a charm.

Note: It should be noted that pursing black bears over bait is the most ethical form of bear hunting, since it facilitates a ‘selective harvest’ where the (protected) female and cubs may more be readily identified. Bear hunters typically target the male or boar, black bears during the spring season. Spring Bear closes June 15th, 2017. 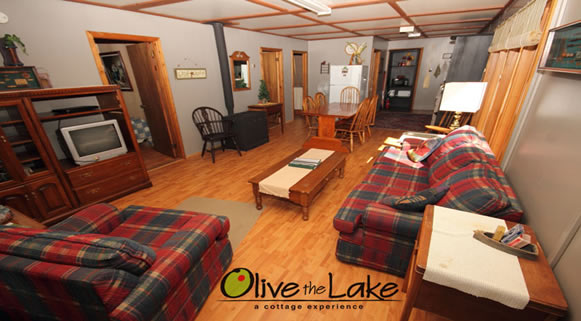 All of Dave’s cottage feature a three piece bath, fully equipped kitchens, barbecues and screened porches with great views of Olive Lake. The comforts of home combined with rest and relaxation of cottage-life make Olive the Lake an enjoyable stay for any bear hunter or angler. 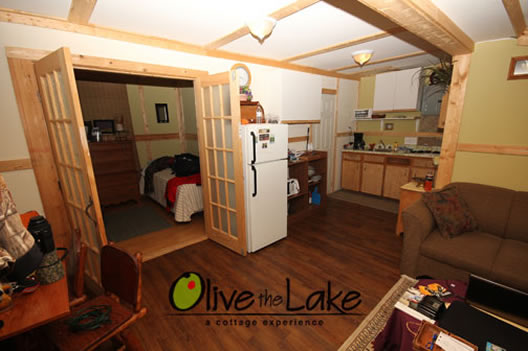 The lodge rests on six acres of pristine Ontario wilderness on a private lake, and when hunters are not in their tree-stands, fantastic walleye, pike, and bass fishing is available right at their doorstep!

Note: It’s common for bear hunters to go fishing during mid-day since black bears are ‘crepuscular’ by nature, meaning they are most active at dusk and dawn.

For those bear hunters fortunate enough to harvest a trophy, Dave tells me there’s a butcher a short drive away in Sturgeon Falls. “The cost of butchering is $0.60 per pound for cut and wrapped,” Dave reports.

“If you’re looking for sausage they can make this as well, but it takes a couple of days and may have to be shipped to you,” he adds. If you wish to have your trophy skinned for mounting purposes, the Lodge can arrange for that service on-site at a small extra charge.

For anyone planning a hunting trip to Olive the Lake Lodge this spring, Dave put together a list of necessities including (but not limited to)

One of the most important items to bring along is the Government-required orange vest and orange hat! Each hunter must also bring with them a travel case and gun lock for each firearm.

Seeing my pal Dave Smetana live out his dream of operating a successful hunting and fishing lodge makes me very proud indeed, and even a bit envious. It proves that when you share a passion and respect for our renewable natural resources, anything can happen! 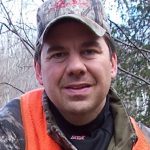