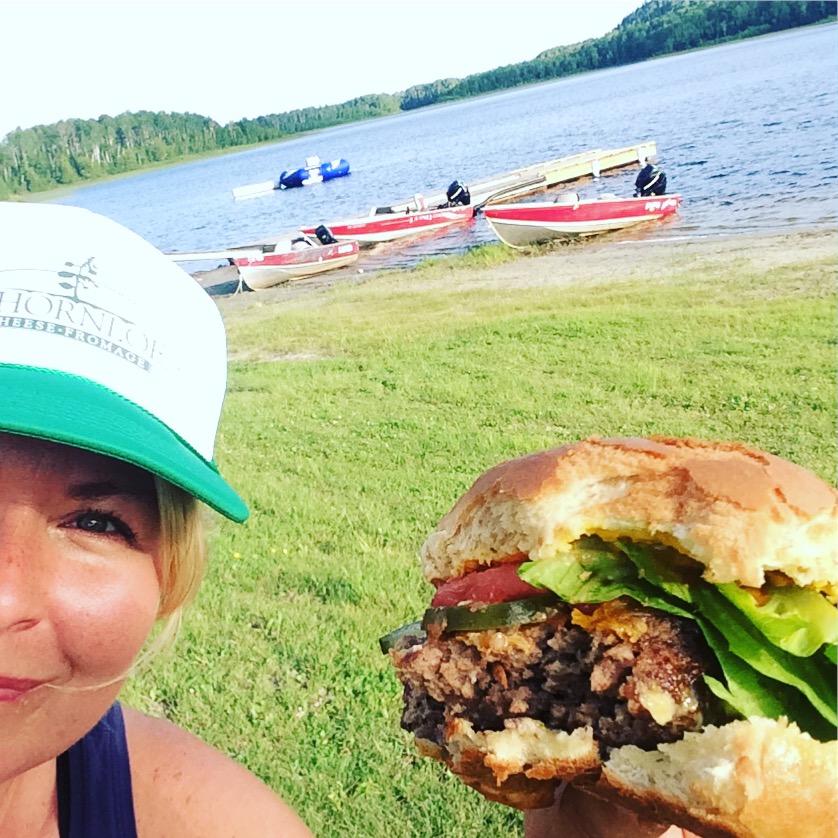 Editor’s Note: This story is Part 1 of 2, in which Pamela Hamel introduces us to three sets of couples behind some of Northeastern Ontario’s iconic wilderness lodges. All of the passion and hard work that goes into these establishments makes them the latest culinary hotspots in the world of foodie tourism. In Part One, we meet the power couple hard at work behind Auld Reekie Lodge.

In this two-part mission, I get a behind-the-scenes look into the kitchens of three Northeastern Ontario resort camps. Their proprietary couples put the age old expression of “chief cook & bottle washer” into perspective. These folks are the unsung heroes; the backbone of the hunting and fishing economy in the region.

Many of you are familiar with Ontario’s many wine regions, cheese trails, and more recently, craft brew and cider routes. These are now considered the more traditional options in culinary tourism, but I hadn’t thought much about remote camps and their role in culinary tourism. Until now.

There’s a lot of hype around local foods these days and I’m sure you’ve seen the hashtags: #eatlocal, #farmfresh, #tastetheterroir. Sure, I’m an old hand when it comes to preaching and encouraging food service vendors of all types to buy and support local, but camp cooks have been serving up taste of terroir cuisine long before I and other advocates came along. They are the true pioneers of eating local.

This area has been home to domestic and American hunting, fishing and adventuring for over a hundred years. Hunters and anglers come from far and wide for the thrill of the hunt (and catch), and to fill their freezers for the winter. They also come to savour a pan fried calf liver.

As an avid traveller, many memories are shaped by the food I eat and the people who serve it, along with their stories. In this case, the stories involve how the food was farmed, picked and hunted! These camp cooks are and need to be creative, especially when access to fresh food is a challenge. Grocery stores can be well over 100 km away! Auld Reekie Lodge, Lost Lake Wilderness Lodge, and Elk Lake Wilderness Resort are located in the pristine wilderness of Northeastern Ontario. They are a little off the beaten path of other culinary routes, but they certainly deliver above and beyond when it comes to sourcing local foods, being culturally dynamic and offering authentic eats. 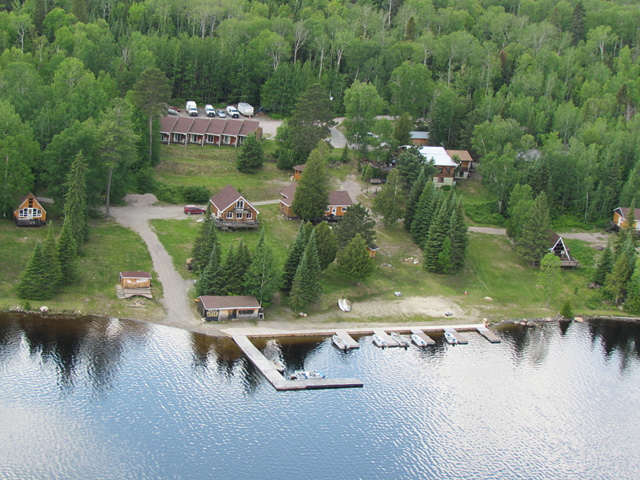 Auld Reekie Lodge from above.

I sat down with each of the three couples who own these seasonal or year-round wilderness camps and lodges. All three establishments offer an American meal plan, meaning that three meals a day are provided by the establishment’s kitchen and served on site. Even while they were all cooking up a storm, they shared with me how they put their own spin on things. There are many more of this breed of camp cooks out there and I apologize if we have missed you this time—do be in touch and share your story!

I’ve known this hard working couple for nearly a decade. They first introduced me to the concept of “selling the farm” and buying a lodge. Diane, a former ballroom dance instructor and Urs, a Swiss dairy farmer from Tadistock, met on the dance floor. She the instructor, he her protégé. A Cinderella story, as Diane describes it. They literally did sell their dairy farm to move into the backwoods of Gowganda along with their four  young children. Urs and Diane had a dream of escaping regular life and living their dream of guiding, fishing, snowmobiling, ATVing, and enjoying nature. They are definitely living the dream! 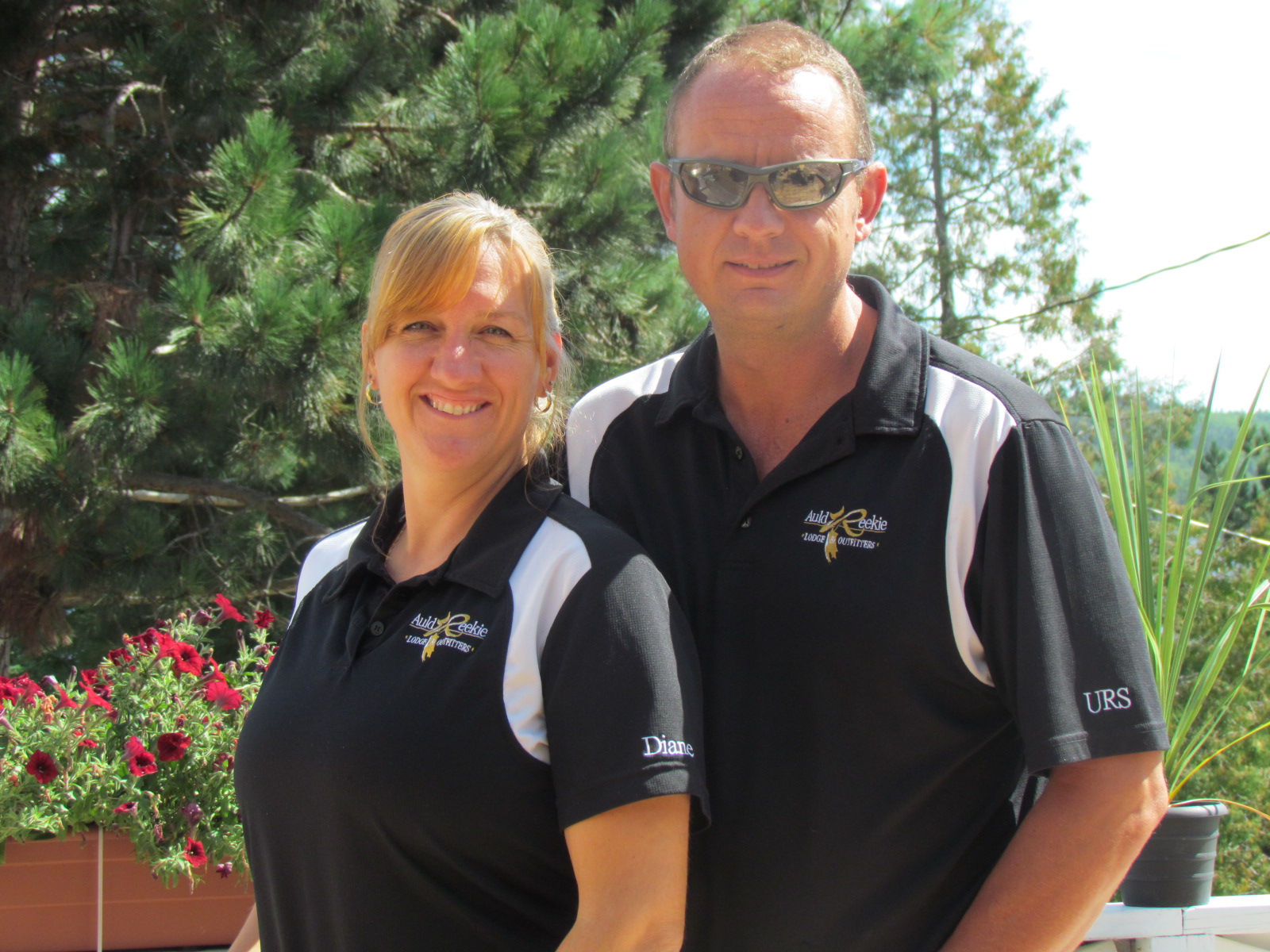 Urs is the house chef who brings his Swiss heritage to the table with schnitzel as a staple on the year round menu. Their dining room is open to the public for lunch during the winter. While on the snowmobile trails, people can stop in where the Schnitzel on a bun with sautéed onions and swiss cheese is a must!  Urs prides himself in carrying on his family’s traditions by using special seasonings and making pots of homemade stocks and soups. Every Wednesday throughout the summer, a walleye fish fry takes place on the deck overlooking Lake Gowganda. It’s so popular and regularly well attended that some of the fish needs to be sourced from Ontario fisheries.

Grouse hunting is ever-popular and a big hit when served to guests in lieu of chicken. On the menu you’ll find roasted grouse with a spinach salad with pine nuts tossed in an amazing dressing. Diane says this salad dressing is known as a secret sauce, and is kept under lock and key. The morning catch is served for breakfast. As many might know, filleting a northern pike can be tricky. No worries, Urs can help out. 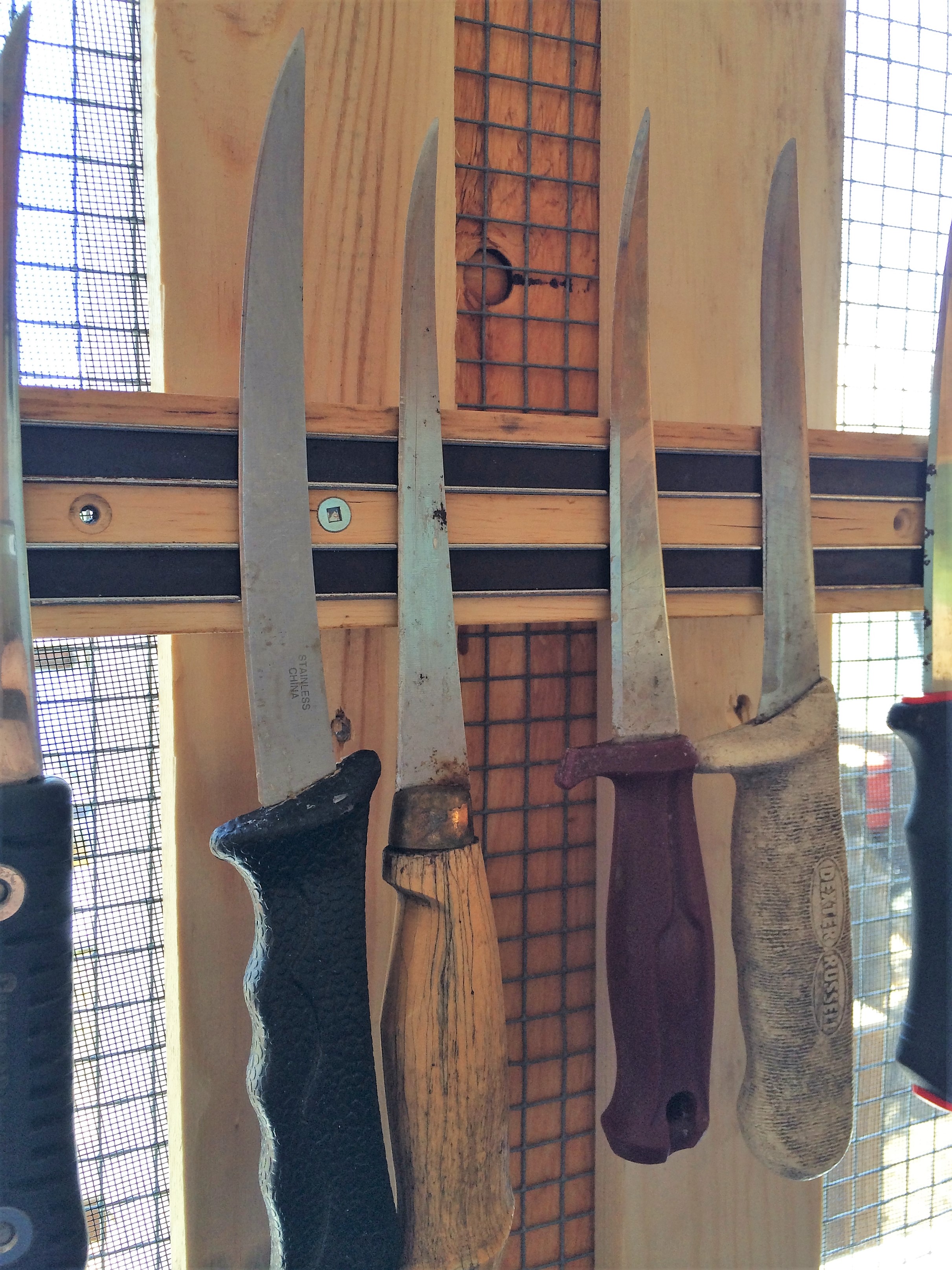 Filleting can be tricky, but Urs can help you out.

Auld Reekie offers a modified American meal plan, Euro Plan (breakfast & lunch or dinner or alternating throughout the week and a simple housekeeping). They are flexible with their guests’ needs and budgets.Diane tells me she really enjoys offering a meal plan because it’s an incredibly satisfying part of their services. Urs and Diane also pride themselves in offering quality ingredients. I’ve heard their pancakes and maple syrup are delicious and plan on having it next time I visit. There is only so much food you can sample in one sitting. 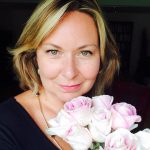